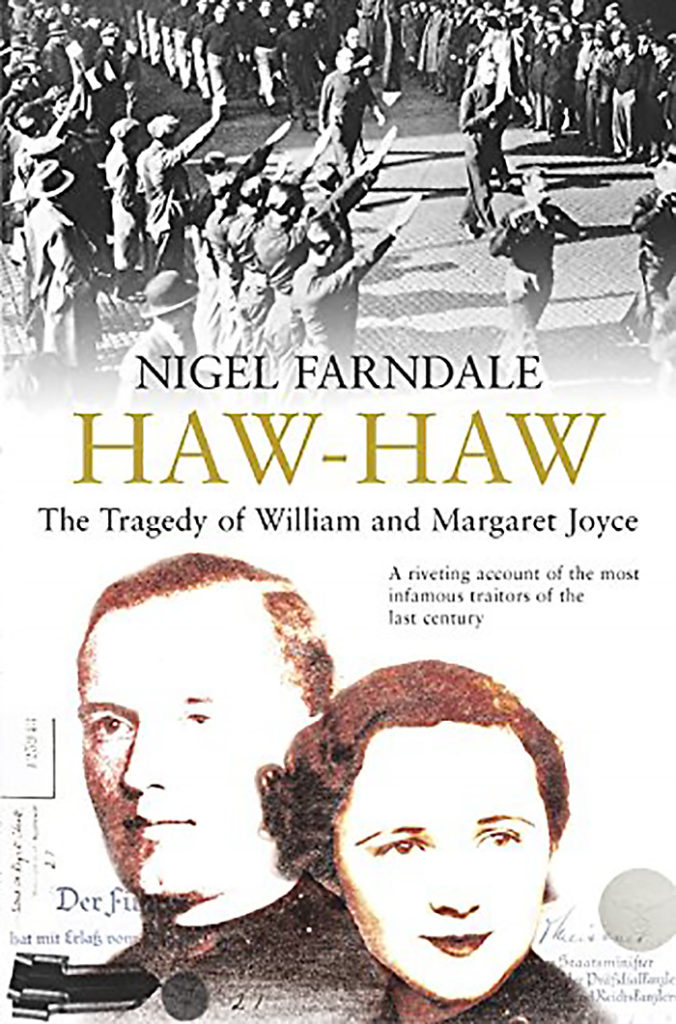 William and Margaret Joyce – Lord and Lady Haw-Haw – became one of the most ridiculed, feared and mythologized partnerships of the Second World War. His ‘Germany Calling’ broadcasts delivered in an upper-class drawl, and her lesser known, though no less insidious, pro-Nazi wireless talks, were part of the very fabric of the Home Front. Yet when they were captured in May 1945, only he was charged with high treason – a fact even more surprising when it became apparent that, unlike Margaret, William was not a British subject…

Authorized by William Joyce’s daughter, Heather, and based on new interviews and previously unpublished archives, including letters, diaries and recently declassified Security Service files, Haw-Haw is the meticulously researched and vividly written biography of this most complex and eccentric couple. Margaret was flirtatious and nonchalant, William was droll and intellectual, both were bloody minded. Fuelled by alcohol, their relationship was tempestuous but also surprisingly tender. Nigel Farndale recreates their lives together for the first time: from the shadows of Oswald Mosley’s British Union of Fascists in London, to Josef Goebbels’ Ministry of Propaganda in war-ravaged Berlin. Hubris, bigotry and sexual intrigue followed them across Europe until the end of the war when they were arrested – immediately creating a political furore. The establishment wanted Joyce executed, but the evidence against him was inconclusive and resulted in a sensational trial that many legal minds felt was ‘a blot on the British justice system’. Furthermore, Margaret was never prosecuted. Was this an act of mercy on behalf of the government, or had William secured her life by agreeing not to reveal his links to MI5? Nigel Farndale has written a compelling and evocative study of two people whose passions overrode everything they did and which eventually led to William becoming the last civilian to be hanged for treason in England, and to Margaret drinking herself to death. This is an extraordinary book about an extraordinary marriage.

Praise for Haw-Haw: The Tragedy of William & Margaret Joyce

‘As compelling as Sophocles, a very deep book indeed’
Times

‘A model of its kind’
The Economist