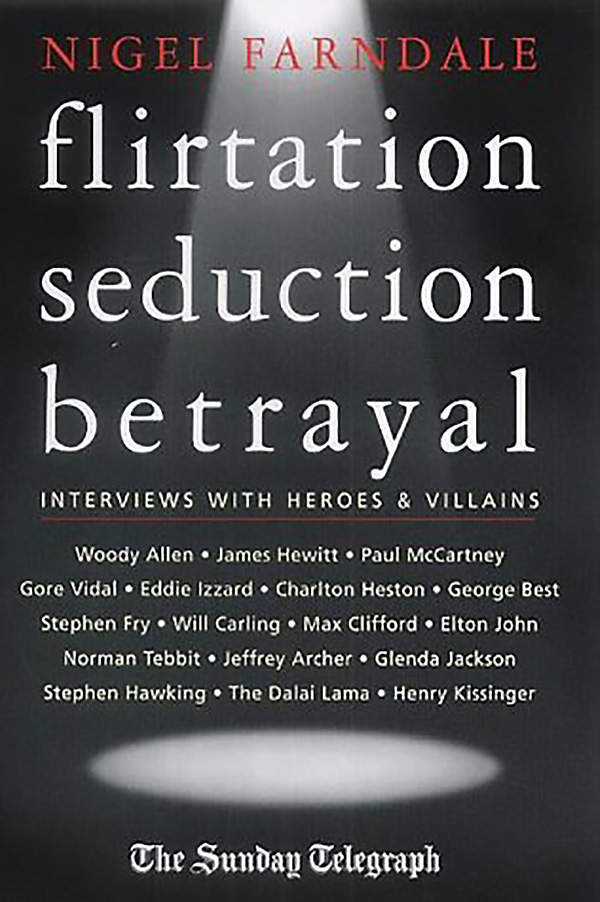 ‘Mr Farndale has a lot of explaining to do.’
Michael Parkinson

‘Both Elton and myself feel very hurt and let down.’
Simon Prytherch, Sir Elton John’s publicist

‘He thinks I’m soggy and too nice does he? Well tell him the next time I see him I’m going to punch him on the nose.’
Sir Tim Rice

‘Farndale excels thanks to a masterly sense of balance — he neither hero worships nor wields the hatchet.’
Anne Chisholm, Sunday Telegraph

‘The great thing about Nigel’s interviews is that not only are they funny, but they are also incredibly perceptive and surprising. I find him annoyingly good.’
Lynn Barber, Observer

‘This collection of interviews has a real sparkle: intelligent, irreverent and often unexpectedly kindly. It makes you laugh and, occasionally, it makes you gasp.’
Helen Osborne, The Spectator

‘Farndale is the cleverest, sharpest and most observant interviewer of his generation. He misses nothing and writes seemlessly. Only the brave should risk inviting this man into their home.’
Matthew Norman , Guardian

‘As a writer, Nigel Farndale is deft, wry and spikey. What makes him outstanding as an interviewer though, is his intense curiosity.’
Craig Brown, Private Eye