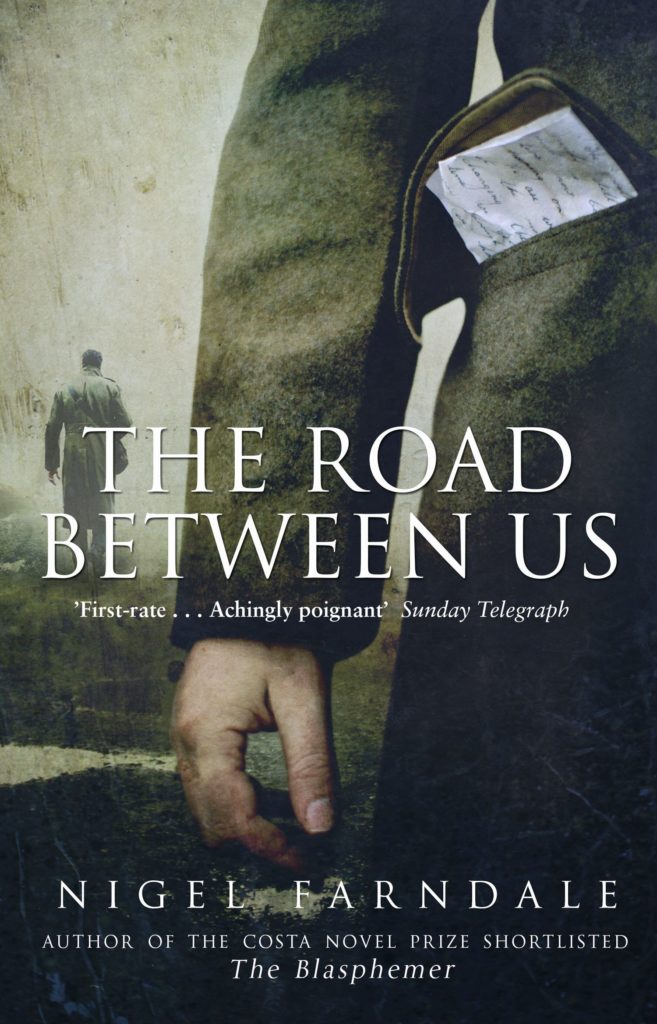 June 1939: In a hotel room overlooking Piccadilly Circus, two young men are arrested. Charles is court-martialled for “conduct unbecoming”; Anselm is deported home to Germany for “re-education” in a brutal labour camp. Separated by the outbreak of war, and a social order that rejects their love, they must each make a difficult choice, and then live with the consequences.

April 2012: Edward, a diplomat held hostage for eleven years in an Afghan cave, returns to London to find his wife is dead, and in her place is an unnerving double – his daughter, now grown up. Numb with grief, he attempts to re-build his life and answer the questions that are troubling him. Was his wife’s death an accident? Who paid his ransom? And how was his release linked to Charles, his father?

“As dark and nuanced as it is powerful and moving, The Road Between Us is a novel about survival, redemption and forbidden love. Its moral complexities will haunt the reader for days after the final page has been turned.”

Read some of Nigel’s thoughts about the inspiration behind The Road Between Us here.

Praise for “The Road Between Us”

“Nigel Farndale’s magnificent novel… Tender, chilling and life-affirming, this book made me want to shout from the rooftops.”
Emily Maitlis, Book of the Year, Mail on Sunday

“Rich, unsparing and exquisitely textured […] though the ravishing poise of his prose rarely falters, it is subordinated to the need to insinuate the reader in his characters’ hearts and minds, as they endure the most desperate extremes. If Farndale is most interested in how the capacity to love can outlast war, the vestiges of hope within this achingly poignant novel are hard earned indeed.”
Benjamin Evans, The Telegraph

“Farndale is an exceptional storyteller… An elegant and atmospheric fiction about survival and redemption.”
Sebastian Shakespeare, Tatler

“The beauty of this novel lies in Farndale’s ability to wrap some testing moral questions around a fantastic story…A book that has at its core a passionate examination of the meaning of love.”
Psychologies

“As the two stories, full of forbidden love and the horror of war, converge so you are left stunned. I love his The Blasphemer. This is even better.”
Sarah Broadhurst, The Bookseller.